The Congress of Trichology will be held in Maimonides University in Buenos Aires, located in Hidalgo 775. 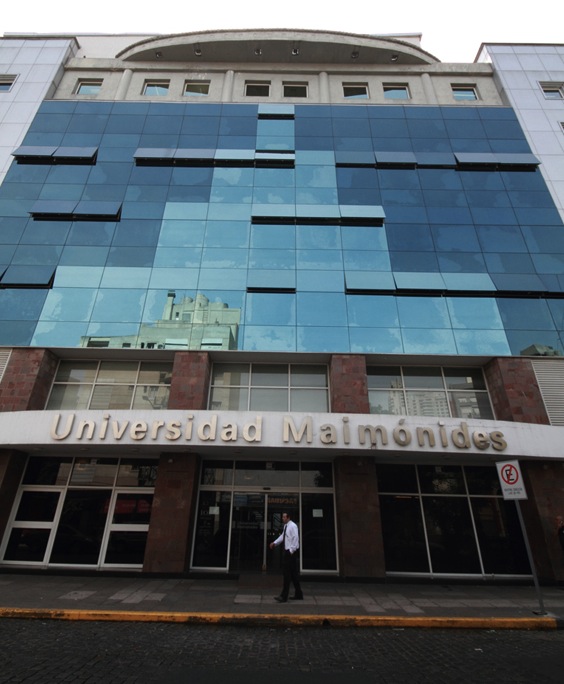 See in a bigger map
About Maimonides
University named after the great physician and philosopher Maimonides who from Judaism managed to capture the idea of ​​peaceful coexistence among those who do not have the same ideas or beliefs. The three names by which we know him speak of his complex life: Rabbi Moshe Ben Maimon or Rambam, the name given to the Jewish people, or Ibn Maymun, the name by which it is known in the Islamic world, and Maimonides, the Greek and western which took its name over the centuries until today.
These three names refer to the same person symbolize the possibility that different cultures can live together respectfully and peacefully.
The most important goal of our university is to continue with the vision that Maimonides was about knowledge, ethics, life. And that is why this House Studies named after Maimonides.
Maimonides lived between 1135 and 1204. He spent his childhood in Andalusia and Castile. But in 1148, when he was thirteen years after Spain was invaded by Islamic religious extremists, Maimonides and his family had to leave the city of Cordoba. They escaped to Almeria, but in 1157 this city was also conquered and Maimonides family must wander aimlessly around Spain and the South of France until 1160 are set out in Fez (in North Africa). Despite her life so eventful, Maimonides had the ability and strength to study the Bible and its commentaries, medicine, astronomy, mathematics and all the sciences of his time. You should continue with his travels around the world remains in Alexandria, Palestine and finally established in Fustat, the ancient city near Cairo, where he devoted himself to medicine. By 1185 his fame as a physician is growing and Saladin's vizier, Al Fadil, appointed him court official doctor. Slowly evolves into a living legend.
On the other hand, also maintains a correspondence with important people of western and eastern countries on legal issues, interpretations of religious texts, historical and theological problems, and even about everyday problems. Their answers were deeply appreciated.
At the same time he was faithful both to religion and the state, wrote profusely. His death in 1204 was mourned by the people of the Mediterranean region and their remains were carried from Cairo to Tiberias, on the Sea of ​​Galilee, in the land of Israel, where even today you will visit his grave with respect and devotion.
The fame of Maimonides as a philosopher is mainly due to his most important work, Guide for the Perplexed. This book was not written for believers, but for those Muslims, Christians and Jews who, knowing both Greek philosophy and religious laws, they were puzzled and wondered how I could harmonize faith and reason. Maimonides Guide says there is no conflict between faith and reason. Following the philosophy of Aristotle, Maimonides was convinced that you could answer a lot of philosophical questions about God and His creation without thereby colliding with the Scriptures. His Guide for the Perplexed is a brilliant framework that combines religious tradition with the scientific and philosophical thought and its influence on generations of Christians, Muslims and Jews still continues.
Maimonides University objectives
The main objective of Maimonides University is comprehensive and interdisciplinary training the students in all areas for knowledge, instilling in them the passion for research and knowledge creation.
Among the philosophical - central-axis anthropological Maimonides University-emphasize the concept of man as a person capable of choice, commitment and affection, able to interact with the environment and be a protagonist, creator and transmitter of culture, understanding values. The University is organized into three academic units, Faculty of Health Sciences, the Faculty of Humanities, Social Sciences and Business and the School of Communication and Multimedia Design.
This university is dedicated to teaching and research in a broad sense, meaning research, all knowledge generation from a reading of reality, look for reasons to explain it, then providing solutions in all areas of knowledge. The basic idea for the development of the research is the research and action.
In over twenty years of experience, it has grown exponentially, leading to the term the original number of undergraduate and graduate generating 2-59 and therefore amplification and grand opening in the research interests of the different areas of knowledge.
Currently the University has a Research Institute, which depend on various centers, covering broad areas of knowledge and still have the human and physical resources that justify, in turn are composed of Departments.
It has an ideal infrastructure for the development of teaching and research that highlights in particular its high biological laboratory equipped with state of the art instrumentation.
Maimonides University has an extensive network of partner universities from our country and from abroad to allow our students to enter the global concept of education through an active exchange of students and teachers.